RECYCLING INDUSTRY – FUNDAMENTAL FOR THE WASTE MANAGEMENT POLICY IN EUROPE! 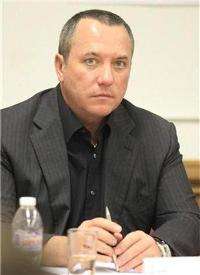 How to make the vast amount of waste that we produce daily, in new goods and products, storing the resources and nature, while at the same time we create incentives for recycling and keep the green job positions in the recycling industry?
What is its role in the EU-policies – answers were given, to these and many other questions by the ‘round table’ discussion on the “management of waste”, which took place in the capital hotel “Sheraton” The Forum was organized by the Bulgarian Association of Recycling /BAR/, as many other companies from the industry participated in it, representatives of the European Commission, the Ministry of Environment and Waters, experts from the country and abroad.
The success, the innovation, the legislation and the challenges that the recycling sector was facing, were discussed by above 60 participants of the Round Table, which was organised by the Bulgarian Association of Recycling. Active discussions took place on the topics presented by the lecturers at the round table. All agreed that the future of recycling industry and of the ecology depends primarily on the: investments in technologies, incentives for the recycling and the good legislation, without administrative burden. The equal access to waste and the simplified administrative procedures for recyclable wastes are among the measures that will contribute to the increase of the markets for recycled materials.
The Chairman of the Bulgarian Association of Recycling, Mr BorislavMalinov pointed out the important role of the recycling sector, as what “we do daily, as professionals, is to transform the waste into resources”.
In this connection Mr Malinov said:
“We believe that the possibility, the European industry for recycling, to compete on equal terms, on a world scale, should be the goal of the European Union strategy, as this is the best way to ensure the competitiveness of the EU, as well as the long-term commitment of the investors for creation of job places, contributing to a better life for the future generations”.
The representative of the European Commission Mr George Kremlis, head of department in Directorate General ‘Environment’, presented information on one of the most important topics for industry – the legislative package of the EU, recycling and opportunities for financing. He appreciated high the initiative for a ‘round table’ of BAR, which “goes beyond the environment protection, because with this rate of consumption we will need two planets”. “Bulgaria is doing very well compared to other EU Member States with regard to the main goal – until 2020 to achieve 50% of recycling of the waste in the Union. The landfills must be reduced by 10 %, which can only be achieved with maximum recovery of the waste”, said Mr. Kremlis.
“Policy for the effective use of waste as a valuable resource, is becoming a major driver for the development of both businesses and the municipalities in the country. For the last 5 years, the share of the recycled waste in Bulgaria” has been increased, said Deputy Minister KrassimirZhivkov.
Excellent examples are the recycling of large and small household appliances and electrical and electronic tools, said Mr Zhivkov. It is above 80 – 85 % in 2014 with objectives under the Directive, ranging from 50 to 75 %. Successful is the example in the field of batteries as well – for the last three years, the collected quantities of portable batteries and accumulators have increased above 2 times to nearly 300 tonnes per year.
Mrs Lee Haymans from the Directorate General ‘Internal Market’, industry, entrepreneurship and SMEs” of the European Commission presented the overall concept of the plan for action of the EU, and aspects of recycling.
Mrs Nadia Sabotinova from the Bulgarian Association of Recycling presented some basic barriers of the recycling sector at national level as well as the possibilities for addressing them.
Mr Constantine Stamenov, Chairman of the BFIEK and Director of the strategic planning and investments” in “Steel Industry”, presented the status of the market for scrap in Bulgaria and the steel industry as part of the green economy.
Mr Geoff Kimball, member of the Board of Directors of EuRIC opened a wide discussion for the position of the European sector for recycling on the legislative package of the EU for waste and presented obstacles to the Sector for recycling in connection with the trans-frontier shipment of waste.
Mrs PolitimiPaunova, executive director of the Bulgarian Association of metallurgical industry and Mrs Anna Mateyna from BAMI presented the industrial symbiosis as a part of the new European legislation, as well as data for the metals and their recycling.
Good practices were presented by Mr Alexander Yavriyski and Mrs Silvana Todorova from “Eltechresource” AD concerning the collection and recycling of lamps in Bulgaria.
Mrs Ralitsa Angelova, executive director of “Balbok Engineering AD presented the best practices concerning the collection of hazardous household waste.
Mrs SvetlaYugova from “EL BAT” AD presented practical examples and the recycling of it unserviceable batteries and accumulators.

2016-11-28
Next Post: Bulgarian Association of Recycling: On the theme of the old batteries – why are they harmful for our health?