New Euro-rules force us to rethink the coal power plants 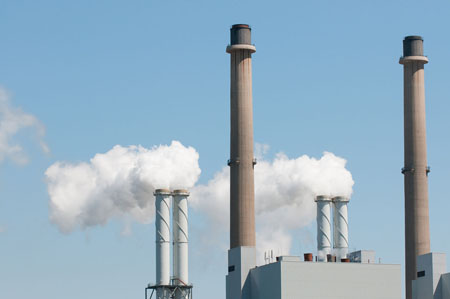 The new requirements for the best available techniques for large combustion plants, adopted in April, impose the power plants on coal which are among the biggest contaminants in Bulgaria and Europe, to invest in techniques for ‘greening’ of their production or to close down.
The long-awaited revision of existing documents, the purpose of which is to reduce the pollution from coal plants in Europe, among which in the forefront are several Bulgarian ones as well, is welcome by a great number of ecological ones, as well as organizations working on the problems related to the climate change.
A more strict regime for emissions of nitrogen oxides, sulphur dioxides, fine dust particles and mercury introduce the new standards, because they are that are associated with a number of health and ecological problems. Our country is among the first Member States, sentenced for violations of the European legislation for the purity of the air with respect to the pollution with fine dust particles, as the concentration of pollutants in the air, in the urban areas is a problem for many cities.
Although the startling data and the existing alternatives, the coal sector in Bulgaria is set firmly opposed to the reforms. The prevailing opinion is that they will rely on temporary exclusion from the new rules (derogations), in order to continue to work as before. This way, instead of preparing for the transition to a low-carbon economy and for the implementation of the latest technologies in energy, Bulgaria will try to extend the life of the plants.
Apparently, particularly restrictive, the introduced standards are based on what has already been achieved by a number of power plants in Europe and in the world. They have four years to invest in measures, which will reduce the quantity of harm, that they release, or to close. At the same time, the parties have the opportunity to adjust their energy systems to the new requirements, ensuring that the social and economic consequences on the affected coal communities will be minimal.
A report published last year showed that more than half of the coal power plants in Europe have received the derogations which allows them to work, although they did not make the necessary investments and continue to pollute above the permitted norms.