Mum, 34, who put her recycling out in the wrong colour bag is ARRESTED by police 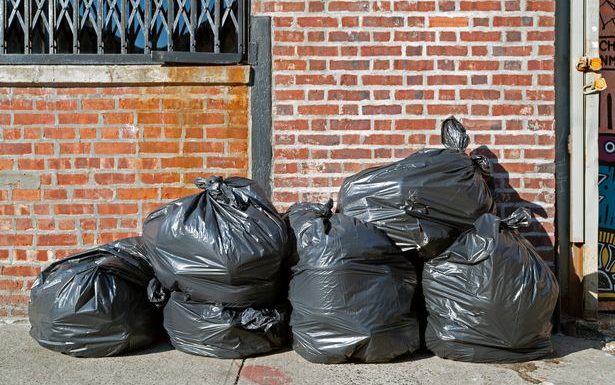 A MUM who put her recycling out in the wrong colour bags was arrested by police, a court heard.

Lyndsey Webb, 34, was ordered to pay £50 after falling foul of changes to the bin collection system in her area – using black bags instead of orange.

And she was arrested on a warrant by cops after missing her first court appearance in April.

The rule change saw residents without storage space told they were no longer allowed to leave black bags in the street.

Instead, locals needed to use orange and clear bags for waste separation.

Richard Essex, prosecuting, told Suffolk Magistrates’ Court: “Residents were advised to contact the council to get stocks of orange bags, where relevant, and start using them from March.”

The case against the mum of three even saw CCTV of the area pulled, showing her leaving bags on the street in the middle of the night.

She was also recorded leaving the bags on the street about 3.30am – prosecuted for breaching the Environmental Protection Act four times.

But Jeremy Kendall, representing the mum, said she had been given permission to use the black bags while waiting for the new orange ones to arrive.

He said: “She was given permission to put black bags in the same position for collection – albeit on collection days.

“She has three children, who generate quite a bit of waste. She made no attempt to be underhand. While unseemly, it didn’t inconvenience anyone directly because the bins were left outside a boarded up shop.”

A Suffolk Police spokesperson said: “Officers carried-out an arrest on 14 August 2019 shortly before 1.20pm, in St Helens Street, Ipswich, after a fail to appear warrant was issued by Ipswich Magistrates’ Court.

“A 34-year-old woman was taken to Martlesham Police Investigation Centre and subsequently appeared before magistrates via video link the following day.”

She was also reprimanded for missing her first court in April, but Mr Kendall said she had not received summons.

He added: “It’s pretty distressing for her to be taken into custody.”

Webb was slapped with a £50 charge to pay to Ipswich Borough Council.

She was also given a six-month conditional discharge.