“A new way for Europe or an ecological catastrophe” 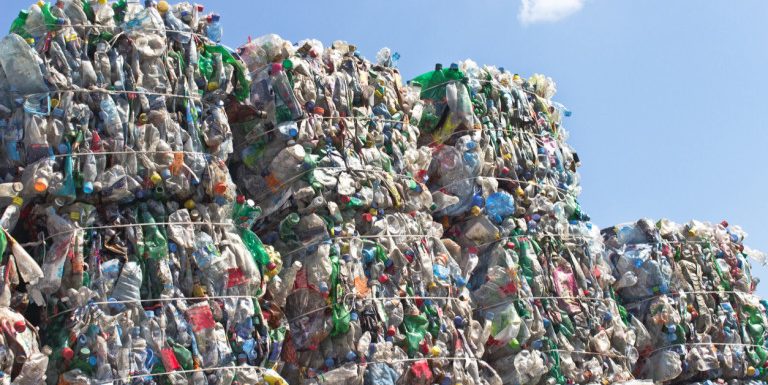 In the month of January, the European Commission presented its vision for the future of the plastic by calling Europe to transform the waste into an economic opportunity.
According to the new strategy, all plastic packagings are to be recycled or to be subjected to a repeated use by 2030, as this can create around 200 thousand Jobs. For this to happen, the capacity of Europe for the sorting and recycling of waste should be multiplied four times – something that would cost 16.6 billion euros.
“We mainly export. This has no sense in an economic or a sustainable plan. We throw away 95 % of the value of the plastic containers and only 5 per cent remain in our economy”, said the vice-chairman of the Commission Katainen during the presentation of the strategy. The Commission is also considering a tax on the rough plastics to make the recycled plastics more attractive.

The low prices of oil mean that new plastics are much cheaper for production than the recycled ones. In addition, during the last year, the EU-countries agreed to increase the target for recycling of other packaging materials – paper and cardboard, metals and glass – up to 70% by 2030.
Until recently Europe had been sending millions of tones – plastic, textile and paper to China. The prohibition of China for the import of foreign waste in the country at the end of 2017 set the Continent to face a great and unexpected challenge with the hills of piling plastic and paper waste, only eight weeks later.Because of the Chinese ban certain countries from the EU, the US and Australia, seek other places in Asia to accept their waste. Data from the Office for
International Recycling show that during the period between of the last 3 month of 2016 and the one of 2017, the Malaysian import of plastic waste increased more than twice. In response to this some Asian countries restricted the import of waste. Last month Vietnam stopped the issue of permits for the import of waste. The Malaysian government passed a law obliging the importers of waste to have environmental permits. The specialists are adamant that the necessary long-term strategy is necessary.
Incinerators, which are constructed to handle mixed municipal waste, to this moment are battling with oversupply. Because of that some countries have turned to a cheaper option, namely: Landfilling.
Trash of the EU still may be sent to the East, but to Eastern Europe, instead of Eastern Asia. The revised Directive on the landfilling of waste, agreed by the
EU institutions in December last year, restricted the landfilling of ten per cent of all the household waste until 2035, but allowed the European countries with high levels of landfilling to be fulfilled in additional five years. Bulgaria, Estonia, Greece, Cyprus, Malta, Romania and Slovakia buried more than half of its waste in 2014 according to the Eurostat.
“They could be transformed into the landfill of Europe”, said Ella Stengler, director of the Federation for waste in the energetics CEWEP (Confederation of European Waste-to-Energy Plants) . “Wastes always find the cheapest way”.
The challenge – recycling of lithium battery

2018-05-18
Previous Post: “65% of recycling of plastic packagings is an achievable goal”
Next Post: The package “Circlular Economy” was published in the Official Journal of the EU on 14 June 2018.