“99% decrease of the plastic waste imported in China” 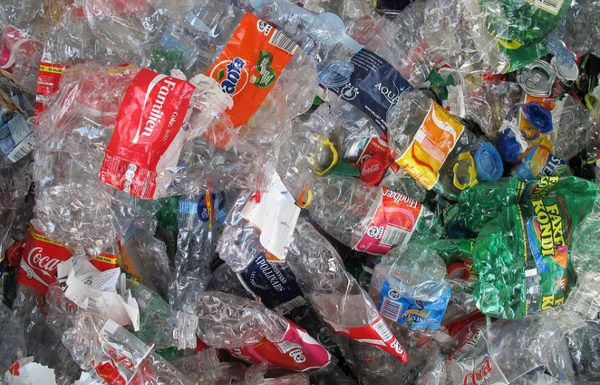 Pre-history In July last year. China has notified the World Trade Organization for its intention to restrict the import of hazardous waste – a measure which is in accordance with the principles of the WTO, as well as with the principles of the Basel Convention.
In the notification it is said that the “import of solid wastes which cause serious environmental damage and cause а serious concern will be fully banned by the end of 2017.” and “the import of solid waste which could be replaced by internal resources will gradually be terminated by the end of 2019. “.
Asia: “Only a small part of the plastic wastes however, approved by the government have been sent to China from abroad during the first weeks of January compared to the relevant batches during the preceding year,” reveals Dr. Steve Wang, President of the Chinese Association for plastic waste. “So far only 9.3 tonnes” of plastic waste have been approved to enter China this month, says Dr. Wang, as this is more than 99 % reduction in comparison with the above 3.8 m tonnes, approved for imports at the beginning of 2017.
The drastic change caused a gap in the demand on the market, for about 5 million tonnes of plastic waste, which the recycled plastic pellets from the countries of South-East Asia are “more than insufficient to fill”. “Order of the Summit” “The Order comes from the top – the ban is not a fad, as some people would think”, according to Dr. Wang. The fact is that the president Xi Jinping ordered the “progressive suspension’ of the import of solid waste, because, according to him, this may be replaced by domestic supply by 2019. Serious measures are taken in respect of the”dirty scrap “, which is supplied in China” – Chinese officials have checked 1792 recycling enterprises only in July, then around 60 % of them have been punished for ‘non-compliance with the standard” he pointed out.
“A volume, difficult to take ” If we look at the figures however, this remains questionable. China has imported 7.3 million tonnes of plastic waste in 2016, which is more than 50 % of the total volume of the waste of all exporting countries. “Such a large volume is difficult to be taken over by the other countries importers for such a short period of time,” emphasizes Wang.
While increasing the volume of export to the countries of South-East Asia, India etc., in addition to the increase of the internal recycling and re-use, the plastic products of low class still do not have an alternative, except the landfills of waste and installations for the incineration in the countries-exporters.
“This is very worrying, because the capacity of landfills and installations for the incineration in many exporting countries like the UK, Germany, the United States and Japan is not able to cope with the increased volume”. Ultimately,motivation for recycling still exists, “even if the biggest market in the world has other considerations”, recalls Dr. Wang. According to him the global market is likely to be oriented still more to recycling and will be reshaped over the next two years.
“Everybody involved in the recycling business know that scrap is not trash”. If this prohibition proves something it is that symbolism is sometimes stronger than the substance.”

2018-01-15
Previous Post: 157 tonnes of rare metals will extract Samsung from the recycling of Note 7
Next Post: “Prices of the metal scrap remain at elevated levels”