“65% of recycling of plastic packagings is an achievable goal” 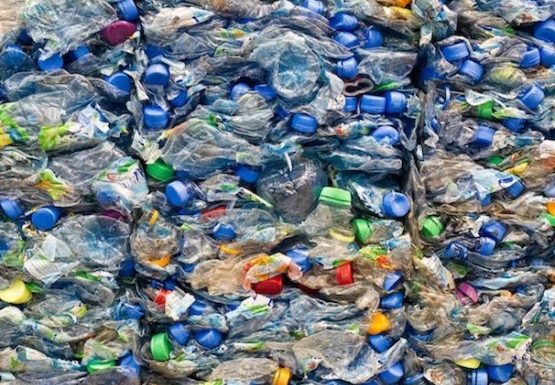 A new research of the Plastics Recyclers Europe indicates that the 65% target for the recycling of plastic packagings until 2025, is achievable. The study determines a set of measures and necessary instruments that will lead to the achievement of this rate of recycling.
The proposed measures are focused on improvement of the quality and capacity of the sorting of waste from plastic packagings in the EU. An additional measure, such as “Design for recycling”, would increase the recyclability of plastic packagings on the market and would reduce the costs of sorting and recycling. Legislative incentives and effective communication along the chain, which, to allow greater absorption of the recycled materials, are a part of the recommended measures. They might lead to improvement of the quality of the manufactured recyclates and ultimately will increase the confidence of the consumers in the recycled products.
The EU ministers approved the national targets for the climate..
The EU ministers of the environment have reached an agreement on the national targets for reducing the carbon emissions of the individual countries. By that the statesmen hope that they will show, that the bloc fulfils its objectives in respect with the climate before the upcoming negotiations of the UN on the issues of the global warming.
The EU assigns targets to the Member States, for reduction of the emissions of greenhouse gases, ranging from 0 to 40%. Thus the common objective should be achieved – of at least 40% reduction below the levels of 1990, for the period until 2030.
The discussions on the reform in the EU system for trade with carbon emissions ended without agreement, but still the ministers of the 28-nation bloc reached an agreement on another issue – the management of the forests, whose role for the absorption of the carbon is seen as especially important within the framework of the Paris contract.
According to ecologists, the agreement which is due to be agreed with the European Parliament, is not sufficient to limit the worst effects from the rising temperatures. Eco-organizations have also criticized the measures which are intended to help the poorest countries of the EU to fulfill its obligations.
The European Union, the third largest pollutant in the world and a key “broker” of the Agreement on the Climate of 2015 for the limitation of the greenhouse gases, sees the adoption of the legislation as a key factor for influence over the formation of global climatic rules.
Do you know how the plastic bottles are recycled?
In the recycling plants the collected plastic is divided, in accordance with its identification code which is marked on it beside the mark for recycling.
The plastics are two kinds, which are economically advantageous to be recycled and these are the so-called – polyethylene terephthalate (PET), from which bottles are drawn up for single use for mineral water, ketchup, milk, soft drinks and others, and polyethylene with high density (HDPE) used mostly in the industry, but also for plastic boxes, washing up powders and others.
The recycling of PET bottles is more practical than the recycling of many products from other kinds of plastics, because they are easier to identify in the flow of plastics. PET bottles are easily discernible and separable from the waste because of their form and type both in the automatic and the manual sorting.

2018-04-10
Previous Post: “Circular economy – opportunities for recycling”
Next Post: “A new way for Europe or an ecological catastrophe”